About 61 million adults in the United States live with disabilities. Navigating through daily tasks is challenging enough for them. What’s worse is that some people go out of their way to make things harder for people with disabilities.

People living with disabilities face discrimination in workplaces and schools. The ill-treatment from the public pushed the government to erect special needs laws. These disability laws help families and other caregivers to provide the best support to their loved ones.

There are three special needs laws – IDEA, Section 504, and ADA. Don’t worry if you aren’t conversant with these legal terms. Stick around as we take a deep dive into laws for people with disabilities.

Section 504 of the Rehabilitation Act protects disabled individuals in any organization that receives federal funding. Section 504 regulations may vary with the federal agency. Most agencies add some policies that are unique to that setup.

The enactment of the law brought many changes in institutions. Most of the spaces have reviewed their accommodation and communication channels.

The law mostly protects k-12 and college students. It will even have some policies that protect the family rights of people with disabilities.

However, the act pays less attention to special needs laws in workplaces. You can always file a 504 complaint even without a “right-to-sue” letter. Make sure to hire a reliable special needs lawyer to help throughout the process.

The IDEA is an amendment to the 1975 Education for All Handicapped Children Act. IDEA states that children living with disabilities have a right to free education in the least restrictive environment.

Thus, it promotes interactions between the two groups of students. This special needs law prevents the punishment of a child if their actions were a direct result of their disability.

The law works under the individualized education plan. Since it primarily caters to school-going children, the law accommodates parent involvement. Families take part in the decision-making forums to ensure that most of the needs of the children are taken into account.

Also, IDEA insists on privacy rights. Only relevant school staff has the right to go through their confidential files. This makes most parents comfortable having the kids in public institutions.

While the other two disability laws are more focused on school-going children, this act includes everyone. It prohibits the discrimination of people with disabilities by employers, schools, and the public.

The special needs law comes into play in spaces that aren’t supported by federal funding. It’s advisable to sue under the ADA if you need to review accommodations in the workplace. However, it might be harder for workplaces with less than fifteen employees.

Laws for People With Disabilities

People with disabilities need protection against discrimination in all setups. The above three major laws lay down specific guidelines in various environments.

The IDEA provides special education, while Section 504 implements its plans. The ADA focus on protecting against discrimination in workplaces.

If you enjoyed this piece, find more informative articles on this site. 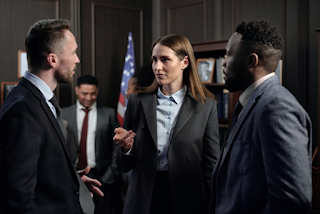 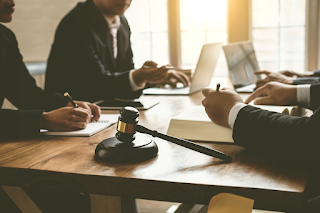 How to Find the Best Attorney for Your Needs